Killet GeoSoftware Ing.-GbR - short: KilletSoft - is a software company, which was established in the year 1991 and offers exclusively geodetic engineer power. 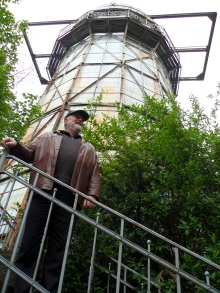 Managing Partner Fred Killet at
the Helmert Tower in Potsdam The society is divided in the divisions "Geodetic Software", "German Geodata" and "Development Tools for Geoinformatics". The focal trades of the companies supplied by KilletSoft are consulting engineers, GIS developers, Internet marketing, public utilities, logistics, telecommunications, security and public services. We deliver not only to customers in the Federal Republic of Germany, as well we are presented in the European countries, the United States, Canada, Australia and worldwide. That's why our software is always documented in English and German, usually also in many other languages.

Within the division "Geodetic Software" KilletSoft is focusing on the development of user friendly geodetic applications. By our online presence in the Internet these applications benefit very strongly from the user feedback. We develop applications, in which again and again incorporate the suggestions and desires of the users and thus lead to meaningful updates of the software. Particularly proud we are on the program TRANSDATpro, which can accomplish worldwide geodetic coordinate-transformations and datum-shifts between the unbelievably lots of different state-specific systems, and which has reached a high name recognition in the meantime. 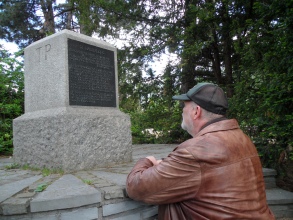 ...and at the Origin Rauenberg in Berlin The georeferences are present as coordinates of towns and urban districts, postal code areas, dialling code areas, nature areas, landscapes and climatic zones. In each case they are linked with the suitable hierarchical political units and additional data. The georeferences are contained as geographical coordinates, UTM coordinates, Gauss Krueger coordinates and PlusCodes. The databases require an intensive data administration to ensure constant topicality. They are at least annually updated.

An important field of activity of KilletSoft is the enhancement and maintenance of the "Development Tools for Geoinformatics" in form of libraries, DLLs and source codes. The Geodetic Development Kit GeoDLL offers geodetic functions like e.g. different Coordinate Transformations, geodetic datum shifts and distance computations for the integration into own applications, which may be written with any programming language. 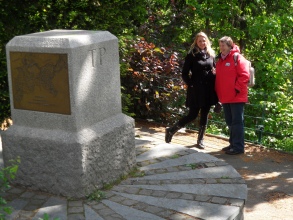 Company outing to Berlin With the programs NTv2Creator, NTv2Tools and NTv2Poly we offer the possibility to generate new NTv2 files and to convert, select and otherwise modify any NTv2 files in various ways as well as to create Polygonal Validity Scopes in NTv2 files. Our development tools are constantly supplemented and improved by user suggestions and desires.

We take programming orders, which can be realized with our permanent staff and a group of freelancer to the complete satisfaction of our customers. We limit our orders on programming with geodetic relating for Personal Computer with WINDOWS operating systems. However we deliver also source codes in C++ for independent compilation on other platforms.

why you should do a business with us, you can find out here.

new languages can be added at any time by creating new language files. Everybody who is interested can translate a new language file into his native language for himself and all users.
Author: Dipl.-Ing. Fred Killet
Page name: u_prof_e.htm
Page views: 91
Period: since Januar 1, 2023