Killet GeoSoftware Ing.-GbR - short: KilletSoft - is a software company, which was established in the year 1991. The society is divided into the ranges "Geodetic Standard Software", "Development Tools for Geoinformatics" and "International Geodata". The focal trades of the companies supplied by KilletSoft are consulting engineers, GIS developers, Internet marketing, public utilities, logistics, telecommunications, security and public services.
•

Each country has one or even several of its own historical coordinate and reference systems. In some countries multiple competing systems where used simultaneously. The Federal Republic of Germany is a good illustration of this situation.

Prussian Cadastral Systems
The German surveying with relatively exact maps has its beginning with the development of the Prussian Cadastral Systems, which where established around the year 1880. The projections where done in 40 different Soldner coordinate systems on the reference ellipsoid Bessel. The Soldner projections have their origin each in larger cities at historical places such as churches, castles and government buildings. In the Federal State Berlin a Soldner projection named "Müggelsberg" is still in use. 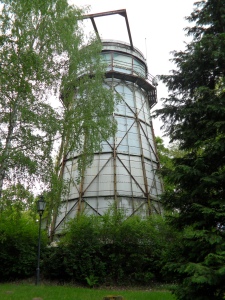 Fig. 1: Helmert Tower In the old States of the Federal Republic as well as in unified Germany was used the Potsdam Datum based on the Bessel Ellipsoid. The Potsdam Datum is linked to the nationwide "German Main Triangle Network" (DHDN). With the DHDN the large number of Prussian Cadastral Systems was replaced. The projection is normally the Geographic Coordinate System or the Gauss-Krueger Coordinate System with three degrees wide meridian strips. Small scale maps are also displayed in various Lambert Coordinate Systems.
The Helmert Tower was inaugurated in the year 1892 on a hill named Potsdamer Telegraphenberg and was named in memory of the geodesist Professor Friedrich Robert Helmert. The tower was originally the sole origin of the Prussian Land Survey. In 1923, the origin for the DHDN was moved to another hill called the Berlin Rauenberg. Nevertheless, the name Potsdam Datum for the DHDN was preserved. To avoid misunderstandings, the addition "Zentralpunkt Rauenberg", what means "Origin Rauenberg", has been added. After 1950, the Helmert Tower was inserted as an origin for whole Germany in the European Coordinate Reference System ED50. 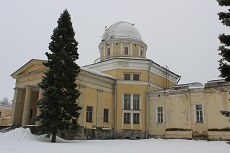 Fig. 2: Pulkovo Observatory The German Democratic Republic used the System S42/83 based on a Krassowskij ellipsoid and projection on the Gauss-Krueger Coordinate System with six degrees meridian strips. The maps were called "Edition for the state" and were reserved for state and preferably military purposes.
Significantly simplified and relatively inaccurate maps for commercial and private purposes were provided with Gauss-Krueger coordinates on three degree meridian strips. Because the datum parameters for the geodetic Reference System S42/83 are based on the location of the Pulkovo Observatory in Saint Petersburg, Russia, it has the commonly used byname "Pulkovo" 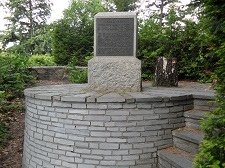 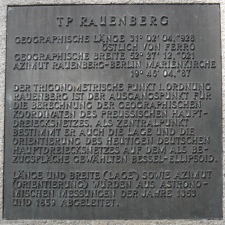 Fig. 4: Plaque at TP Rauenberg Since 1923 there is really no difference between the Potsdam Datum and the Rauenberg Datum, because both names refer to the origin of the German Main Triangle Network. The reason for this is the transfer of the origin from the Potsdam Telegraphenberg to the new place Berlin Rauenberg. Nevertheless, the geodetic datum of the DHDN referring to Rauenberg is often incorrectly referred as Potsdam Datum.
The actual origin Rauenberg in Berlin's district Tempelhof-Schöneberg was destroyed in 1910 by gravel mining. After the Second World War, the hole was replenished with nearly 200,000 m³ of debris and later the place was named Marienhöhe. The new origin Rauenberg was rebuilt at exactly the same place, but eleven meters above the original level. 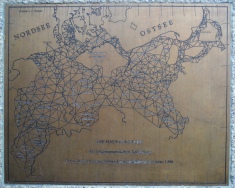 Fig. 5:
German Main Triangle Network On the Day of German Unity, October 3rd 1990, representatives of the Basic Surveying of the old and new Federal States developed a draft which had a standardised, geodetic Reference System in the unified Germany as its objective. This could only happen by definition, while connecting the historically grown Reference Systems DHDN, S42/83, RD83 and PD83 described above to a new DHDN90. The DHDN90 can be considered as a Compound Coordinate Reference System (CCRS).
At the origin Rauenberg a plaque with the original German Main Triangle Network from 1900 of the Royal Prussian Land Survey is attached. 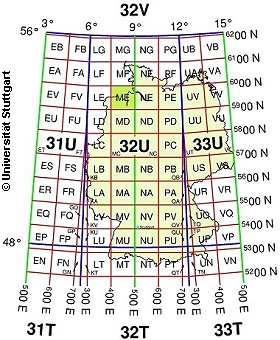 Fig. 6: UTM Military Grid Reference System The Military Geodetic Survey uses the European NATO standard with the European datum ED50 on the International Ellipsoid of Hayford with mapping in the UTM Coordinate System or in the Military Grid Reference System (MGRS). The Coordinate Reference System ED50 has the Helmert Tower on the Potsdam Telegraphenberg as origin. Thus the ellipsoid is mounted so to the earth that it touches the geoid in Potsdam.
For the European Network ED50 during the fifties the triangular nets of twenty Western European states have been precisely assembled. It no longer has much significance today, but is still used for some cross-border tasks, such as civil defenses, aviation and maritime traffic and radio communications.
Former militaries are familiar with the UTM Military Grid Reference System, which is also called UTMRef. UTMRef is a geographic reporting system organized in grid squares based on the UTM Coordinate System in the ED50 Reference System. A coordinate is represented by a combination of letters and numbers resulting from squares of refining side lengths. This makes it easy to read positions from maps and formulate them as compact geographic information. 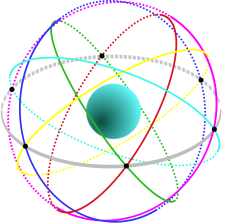 Fig. 7: GPS Satellites The World Geodetic System (WGS) is a standard for use in cartography, geodesy, and satellite navigation including GPS. The WGS84 is based on the Earth Gravitational Model. After precise surveying with satellite technology, this worldwide reference system was first made available in 1984.
Thanks to the growing popularity and wide use of the American satellite-based Navstar GPS (Global Positioning System), internationally and of course within the Federal Republic of Germany, there is increased acceptance of the worldwide WGS84 (World Geodetic System), introduced in 1984. It became even more important after the intentional degradation of the GPS signal was lifted in Mai 2000.
The GPS consists of a network of satellites that are circling around the earth on elliptical orbits at an altitude of about 20200 km. There are four satellites each on six different orbits. As a result, at least four satellites are visible above the horizon at any time at any point in the world. From the positions of the satellites and from the transit time of the signals, the WGS84 position is generated in the GPS receiver.
With Galileo, the European satellite navigation system which is operational since 2018 and the modernized Navstar GPS III and GPS IIIF the development of modern satellite navigation will be continued.

Fig. 8: UTM Meridian Due to the many different Coordinate and Reference Systems of the countries, cross-national spatial projects are made considerably more difficult. 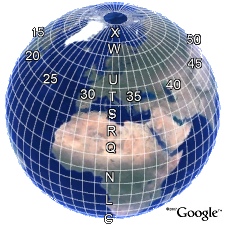 Fig. 9: UTM System On the other hand, the spread of GIS technologies, the increased use of GPS, and the internationalization of trade, politics, and environmental protection require more and more cross-national geospatial data. An important condition for progress in this area is a unified Coordinate System along with a unified Reference System.
The global UTM Coordinate System (Universal Transversal Mercator Projection) with 60 meridian strips can be used worldwide. For Europe, the ETRF89 (European Terrestrial Reference Frame), which was created by combining several modern navigation methods, has been measured and evaluated as the basis for the European Reference System ETRS89 (European Terrestrial Reference System 1989).

ETRS89
In the 1990-ties the Surveying Authorities of most European countries decided to use for extensive topographic and cadastral projects the UTM Coordinate System and the ETRS89 Reference System. It is based on the GRS80 ellipsoid (Geodetic Reference System). Today UTM coordinates are used for projection in most maps across Europe. 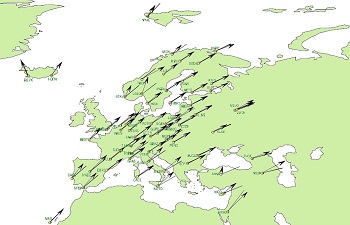 Fig. 10: Continental Drift With the ETRS89 a Reference System was created, which remains stable for the entire European tectonic plate. So the Continental Drift does not affect coordinates that are defined in this Reference System. Since ETRS89 was realized until today (2019), a difference of 60 to 80 centimeter has accrued between WGS84 / ITRS and ETRS89 which continues to grow dynamically at a rate of approximately 2.5 centimeter annually. The difference varies depending upon the location of a given coordinate on the Eurasian plate, because the continent slowly but steadily rotates around the Earth center of mass. The vectors representing displacements and the angles representing rotations are graphically depicted in the adjacent figure.
There is another big advantage in moving to the modern Coordinate and Reference Systems. The American Satellite Navigation System GPS data is referenced to the WGS84 (World Geodetic System). WGS84 deviates only slightly from ETRS89, which allows the direct use of GPS coordinates for the enrichment of spatial data and for use in modern maps with only a slight deviation of less than one meter.
Exact datum shifts from the formerly used DHDN90 to the modern ETRS89 are possible country-wide since 2008 with a grid file named BeTA2007 that uses the NTv2 standard. The coordinate transformations performed with this grid file come close to decimeter accuracy. Meanwhile most of the Federal States of Germany have more accurate NTv2 grid files. Some of that grid files even can be used for the real estate cadastre with accuracies in the lower centimeter range.

Planning and executing business and scientific projects, topographical, cadastral and public works, require topographical documentation, maps, blueprints and digital data, containing large amounts of project-related positions and coordinates. As long as the traditional Coordinate and Reference Systems are still used along with the modern systems there will be need for translation of spatial data from traditional systems into the modern Europe and worldwide system. This means that during the transition period there will be a high-volume data processing of geodetic datum shift Coordinate Transformations from traditional systems into the modern systems. The program TRANSDATpro and the Geodetic Development Kit GeoDLL where developed for conversion of spatial data between various Coordinate and Reference Systems across the whole world, as well as for maintenance and storing of spatial data. The software is easy to use, can perform calculations on large amounts of data quickly and with high accuracy. The modern software by the engineering office KilletSoft is able to cover a lot of user requirements thanks to their high flexibility and timeliness.
The geodetic program

TRANSDATpro can be downloaded for testing from the KilletSoft web page without obligation. The same applies to the Geodetic Development Kit

GeoDLL, which allows the embedding of geodetic functions, e.g. coordinate transformations, into own software. Detailed information regarding the handling of the software and many examples are also available there. The installation of the software is very easy and can be done with just a few clicks.

CRS
What actually is a Coordinate Reference System?

GeoDLL 32Bit + 64Bit
New sales concept for the Geodetic Development Kit GeoDLL. Both releases 32Bit and 64Bit together now have the same price as before only one of the two releases.

NTv2Creator
We provide professionals in geodesy and surveying with an economical standard software that allows them to generate accurate NTv2 solutions on their own.

new languages can be added at any time by creating new language files. Everybody who is interested can translate a new language file into his native language for himself and all users.
Author: Dipl.-Ing. Fred Killet
Page name: t_1909_e.htm
Page views: 802
Period: since Januar 1, 2022