Killet GeoSoftware Ing.-GbR, geodetic software developer based in North Rhine-Westphalia, Germany, adapted the extensive changes of the spatial area structure in the new Federal States of Germany to its administrative data bases. The company reacts fast on the administrative reform in Saxonia, which was set into force on 1th August of the year. The reform led to the reduction of the regional districts and district free towns there from 22 to 13. 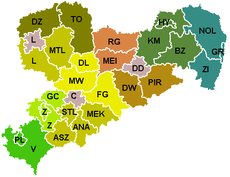 In the data bases of Geodata Germany were taken changes caused by the administrative reform, like the new municipality and district names, the new municipality keys, new car license plates and other local referred data. Also the allocations of the Postal Code Areas, the Telephone Code Areas and the Snow and Wind Load Zones to the new administrative units are updated in the data base tables. 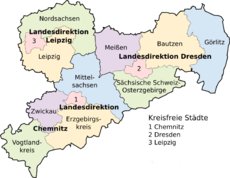 The data bases contain coordinates and ground level heights of the towns and urban districts, postal codes and dialling codes for navigation and geocoding, for periphery searches and distance computations, as well as statistical data and the representation of the hierarchical administrative structure. The tables are principally used in the Internet administration, logistics and statistics. More data bases make possible to assign a variety of natural and scenic information to each town or municipality. The snow and wind load zones in conjunction with the ground level heights can be used to calculate static loads for the planning of building constructions.
Detailed information and the possibility for download free test versions you find on the Internet side https://www.killetsoft.de.

new languages can be added at any time by creating new language files. Everybody who is interested can translate a new language file into his native language for himself and all users.
Author: Dipl.-Ing. Fred Killet
Page name: t_0808_e.htm
Page views: 38
Period: since Januar 1, 2023